My exam project for my Metal Art BFA degree at HDK-Valand, Gothenburg University, is about a material that developed with the rise of the industrial revolution, became almost obsolete in recent decades, and that I now use in the field of applied art, craft, and design.

Enamelled steel is a material mostly known for its use in domestic kitchenware and colourful road and advertising signs. A compound material, where a thin coat of glass gets fused onto a metallic base material.

Through extensive historical research, I learned about makers and scientists across 19th century Europe, who addressed public health issues, like lead-poisoning through improper cooking utensils. Their inventiveness and approach, to solve problems with scientific thoroughness and high-quality craft, informed and inspired me to develop my work further. This project and its physical artwork pay tribute to the early inventors and their experimental methods, as well as to the mass-production manufacturers later, who were able to distribute safe and affordable cooking utensils to the general public.

The main piece of my exam project, “mors est in olla”, is borrowing its title from a headline published in the Viennese newspaper “Wiener Zeitung” in 1845. Translated from Latin to “death is in the pot”, a Professor for chemistry warned the public about the dangers of lead-containing tin and copperware. He later developed a lead-free enamel coating and started producing enamelware.

“Mors est in olla” is shifting enamelled steel from functionalism to contemporary sculpture. The domestic metal vessel is almost entirely eradicated, while the enamel coat switched from being a smooth surface protection layer to a structured artistic medium.

Slightly interrupted by the outbreak of the biggest global pandemic for 100 years, this project has a contemporary approach to craft, in combination with digital tools and modern manufacturing processes, but not losing sight of the value of carefully crafted, handmade work.

Experience the AR model of “mors est in olla”, placed in your surroundings through your phone or tablet, directly via this link. 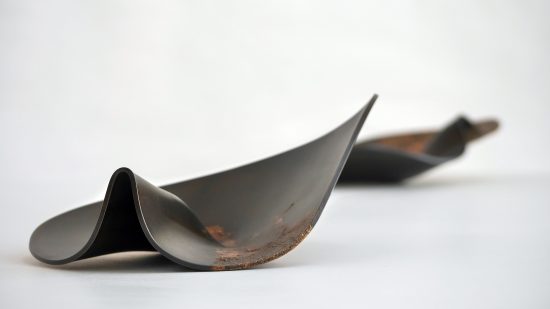 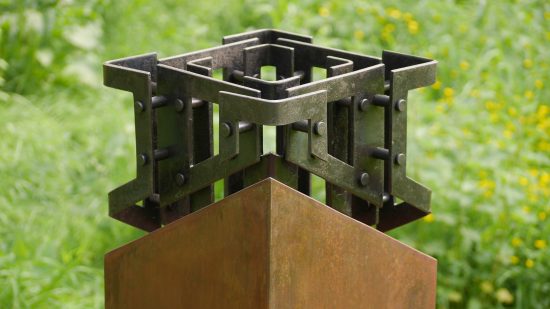